The FreeBSD jail mechanism is an implementation of operating system-level virtualization that allows administrators to partition a FreeBSD-based computer system into several independent mini-systems called jails.

Operating-system-level virtualization is a server virtualization method in which the kernel of an operating system allows the existence of multiple isolated user-space instances, instead of just one. Such instances, which are sometimes called containers, software containers, virtualization engines (VEs) or jails (FreeBSD jail or chroot jail), may look and feel like a real server from the point of view of its owners and users.

On Unix-like operating systems, this technology can be seen as an advanced implementation of the standard chroot mechanism. In addition to isolation mechanisms, the kernel often provides resource-management features to limit the impact of one container’s activities on other containers. 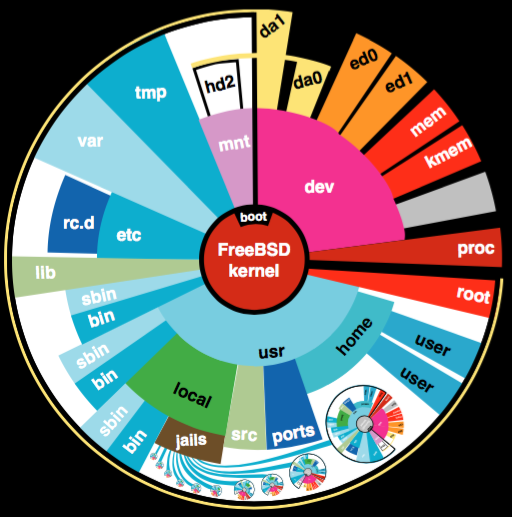 Jails are rock solid proven technology used by many companies the workflow and concept is very different from docker and because of that is not possible to do a comparison between them.

Try to compare them is difficult and unfair, for example, doing a very bad analogy I would say that kubernetes + Docker is something similar to what you get when using jails on the Linux ecosystem, not even mentioning the ZFS capabilities and full network stack support available within a jail.

Create the dataset for the jails:

Prev Next
comments powered by Disqus